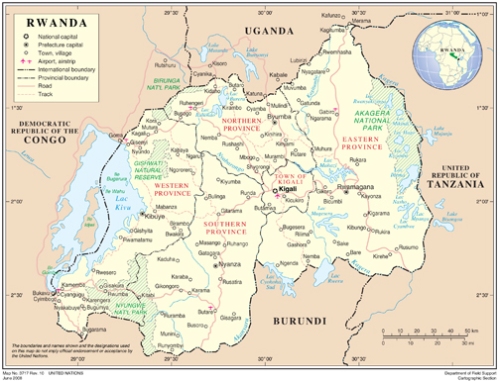 Broken Bodies, Torn Spirits: Living with Genocide, Rape and HIV/AIDS (African Rights, April 2004)
The study, published in April 2004 during the 10th anniversary of the genocide in 2004, brought to light the suffering of women who were raped during the genocide. They were found to be desperately impoverished, commonly infected with HIV and responsible for several children, some their own, others orphans they had adopted. The stories, which they wanted to tell the world, speak of tremendous hardship and suffering, stigma and ill-health, and loss of hope. Many have died since the publication of the report.

A Rapid Assessment of Nutritional Status and Food Security for Victims of Gender-Based Violence Living with HIV/AIDS
In this study funded by UNIFEM (now integrated into UNWomen), African Rights looks at the inter-connections between women’s human rights, violence against women and women’s health in the context of Rwanda. When gender-based violence is compounded by HIV/AIDS and poverty, the impact on the lives of women, their families, communities and on the nation at large, is devastating. The findings highlight the extent to which food security is an essential weapon in fighting this assault upon the health and human rights of women.  Published in 2006, the study provided a solid basis for Rwanda Gift for Life’s approach which emphasizes the need for good nutrition in order for people living with HIV to regain their health.

Chapter Six – LACK OF ATTENTION: RAPE AND SEXUAL VIOLENCE – is of particular relevance to the work of Rwanda Gift for Life. It provides a deeper understanding of the impact and aftermath of the genocide on rape survivors and victims of sexual abuse. It is a lengthy report. If you only have time to read part of it – although the whole is highly instructive – go straight to Chapter Six, which begins on page 86 is 14 pages long.

Rwandan Women: AIDS Therapy Beyond Drugs
Article written by Stephanie Urdang for the United Nations magazine, Africa Renewal, after one of her visits to Rwanda